In 1939 Hollywood came to Tucson with the construction of a large set on the west side of the Tucson Mountains.There the movie Arizona was filmed, starring Jean Arthur as Phoebe Titus and William Holden as Peter Muncie. 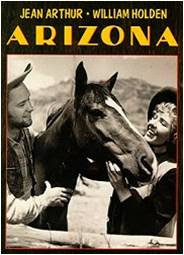 On July 25, 2020, the Presidio Museum will be showing the movie beginning at 7:30 PM. The viewing takes place outside in a socially-distant setting, and masks are required. Register for the event HERE.

Jean Arthur's character is based on John "Pie" Allen, who sold pies from his stand to provide himself a living. Other actors portray some of the real-life residents of Tucson in the 1870s. These include Solomon Warner, Pete Kitchen, Granville Oury (called Grant in the movie), Estevan Ochoa, Sam Hughes, and Charles Meyers (called Meyer in the movie). 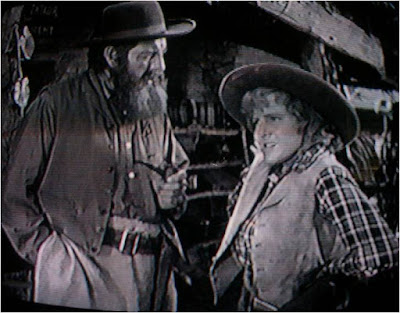 The movie was filmed in April and May 1940, providing local residents with much excitement. Many appeared as extras. It premiered in Tucson on November 15, 1940, with a three-mile long western parade. William Holden, Rita Hayworth, Hedda Hopper, and Melvyn Douglas were among the celebrities who rode in the parade.

Afterward, the set would become what is today "Old Tucson," and was the location of many western films and tv shows.

Come join us as we watch a fictional version of Tucson's history!